Everyone deserves a chance at building a great future. While there are a few countries in the world that provides a lot of opportunities which are much better than what you have right now, there are various factors that keep Germany apart from the others. This beautiful country nestled in Central Europe, shares borders with the Netherlands, Poland, France, Switzerland and South of Denmark. As the country is one of the most respected members of the European Union, the German citizens enjoy many perks including visa-free travel to 177 countries in the world.

Germany also provides a very high standard of living. A 2018 survey featuring the top 30 countries in the world with the best standard of living featured three German cities in the top 10 and four others in the top 30. These are Munich (3rd), Düsseldorf (6th), Frankfurt (7th), Berlin (13th), Hamburg (19th), Nuremberg (23rd), and Stuttgart (28th). Further, Munich and Frankfurt also ranked as having the world’s second-best city infrastructure second only to Singapore, with Düsseldorf in fifth place and Hamburg in ninth position.

The country has one of the most stable political environments in the EU. This ensures that the people of Germany live with a sense of security which is hard to come by in many other countries. Germany also enjoys a stable economy and investment environment, which makes the nation open to internal as well as foreign investments.

All these reasons and more make Germany one of the best nations in the world to start a new life. In this blog we are taking a better look at the advantages of having German citizenship:

The cost of this insurance depends upon the age, cover and the insurance company, but generally starts at around €80 and between €160–€400 for professionals. In short, anyone with German residency is entitled to the benefits of this liberal and affordable health care system.

Germany has an excellent childcare system in place, with some of the cities even offering daycare subsidies and tax reductions to their citizens as well as expat residents. As a country that places a great deal of importance on family and child-rearing, these laws are in place to make life easier for parents and children in their growing ages. Child care services in the country are generally very affordable. Further, low-income families are offered a subsidised fee for their childcare needs. Since the rule that came out in 2013, all children from the age of 12 months have a legal right to a childcare place, which is partly subsidised by the state. All children from the ages of three to six are also entitled to have a place in the preschool and some after-school clubs. Without a doubt, Germany is a great place for kids to grow up.

Germany is one of the countries in the European Union that offers good primary education programs. According to a 2015 survey by the Programme for International Student Assessment (PISA), Germany is ranked high in terms of its science, mathematics and reading levels among 72 other countries. PISA also reported that the German students, in general, feel a stronger sense of belonging at school.

Germany also hosts numerous universities that rank in the global listings of top universities. There are some German universities that offer free tuition, which makes the country a popular destination for higher studies among international students as well.

The German public transport system is highly efficient and operates at an exceptionally high standard. As most of the German citizens rely on the public transport system to commute, it contributes to the low cost of living in the country. The cost of travelling ranges from €60–€90 per month depending upon the city. People who commute to work daily opt for a BahnCard, which is a monthly travel card, to use on trains and buses, which lowers their daily travel charges. Apart from low-cost transportation, public transport systems are also well policed, ensuring the safety of the people.

While the people of Germany enjoy the many benefits of being born and living in the country, the German government also encourages expats to build their life in this great nation. The German Entrepreneurial Residency program, for instance, is a residency program for foreign nationals that covers the whole family, including children under the age of 18. The visa under this program also allows the freedom to travel across 26 countries in the Schengen area. It also presents an opportunity for low entry investment in the German real estate.

It is not mandatory for the residency program applicants or their families to physically move and stay in the country, which in turn allows them a great deal of flexibility. Further, the main applicant is entitled to PR after continuing under the program for 3 years.

For more information on the German Entrepreneurial Residency Program, contact us today. 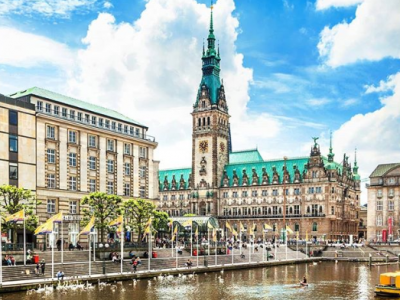 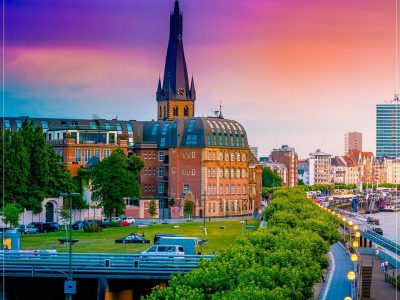 Things To Know About Retirement In Germany 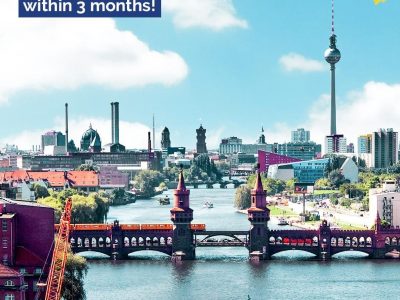